Tennessee Father Must Pay the College Tuition He Agreed to Pay 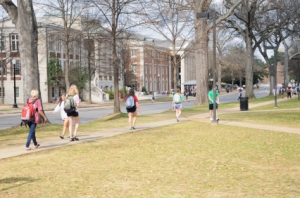 Tennessee Father Must Pay the College Tuition He Agreed to Pay

The Parents were divorced in 2003 through a decree that incorporated a provision for a Marital Dissolution Agreement that said “The parties agree to equally divide the expense for college tuition and books for the parties’ daughters, Jennifer Page Jones and Jerrica L. Jones.”  The Father, Kenneth Dale Jones, also obligated himself to provide medical insurance plus half of the out-of-pocket medical costs.At the time of the court case, the Mother, Jeannea Lynn Jones, worked at Oral Roberts University in Oklahoma.  She testified that she moved from Tennessee to Oklahoma and took the job for the sole purpose of helping to pay for her daughters’ college educations.  In making the move, the Mother left a job at Murray Corporation in Tennessee and took a $10,000 per year pay cut.

As soon as the Father learned that the Mother’s employment earned a full tuition discount for their children to attend the school, the Father stopped making tuition payments. The timing of his refusal was such that only the younger daughter was effected.

The Mother won her argument at the trial and appellate courts that the Father owed reimbursement to her of half of the college tuition, just as if the Mother had paid that tuition in cash.  It appeared a persuasive piece of evidence was the Child’s tuition bill, which showed the cost of education minus a tuition credit based upon the Mother’s employment.  The printed college invoice actually quantified the specific value of the Mother’s employment-related benefit.  The invoice, coupled with the Mother’s testimony about the benefit as part of a lesser wage compensation page, persuaded the court as to the financial value of her contribution to the cost of college for the Parties’ younger daughter.

The Tennessee Court of Appeals in its decision included a discussion of the Father’s contractual obligation for the college expenses.  It noted that a parent’s child support obligation ends at age eighteen or upon high school graduation, whichever is later.  While there is no legal obligation for a parent to contribute to a child’s post-secondary education, parents can agree to pay for college and write that promise in the contract typically called the “Marital Dissolution Agreement,” which becomes part of the divorce settlement.

The court opinion said that the Father could afford to pay half of Jerrica’s tuition, and no argument was raised as to the reasonableness of her college choice or the costs of that college.  The Father’s essential argument was that the Mother’s contribution was not a cash payment from her to the school, such that it did not constitute an “expense.”  The courts, however, found no difference between payment in the form of cash and payment in the form of an exercised employment benefit.